Neal Walters is an Irving AWS Consultant, currently seeking a contract for AWS (Amazon/Cloud Web Service) in the Irving or Dallas area.? While Neal does SEO as needed for local clients, his full time work has been in Information Technology for 38 years.? That’s about 20 years on the mainframe.? After the Y2K conversions, he become a Microsoft Certified Trainer and got all 3 major Microsoft certifications.? Then, he spent about 15 years on 10 differnet 1 to 2 year contracts doing Microsoft BizTalk, a B2B and Application Integration middleware tool, which requires both software development and administrative tools.

Neal did his research, and found that Gartner Group “magic quadrant for cloud infrastructure“.? So he got busy and started re-tooling himself over the last year.? First, he did a Node-JS course, because that seems to be one of the most popular web servers in the last year or two.? He delved into Javascript, and learned that it had changed tremendously since he used to teach Intro to Javascript back in the years 2001-2003.? It’s now basically a functional language that has advanced and became very popular, not just for front end frameworks, but also now for server side software development.

You can see from their chart below, that Amazon clearly leads the pack.? Even Google isn’t in the upper right quadrant. 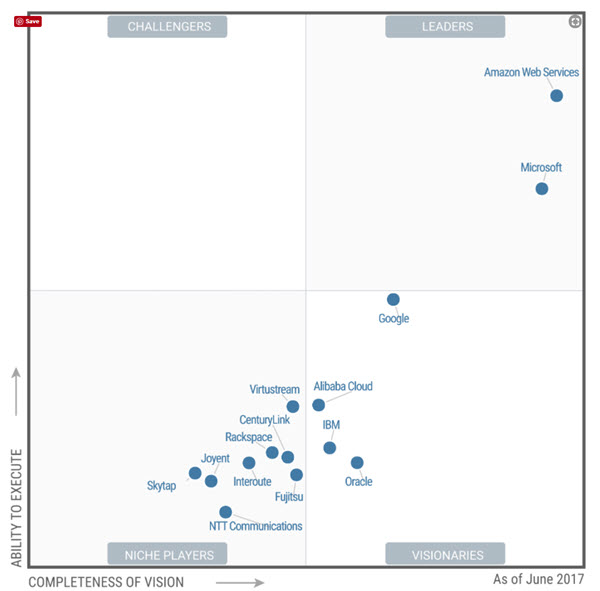 You can view the proof of these certifications here:?Amazon AWS Certifications/Transcripts: (10/03/2017) – View Transcript (Proof Online)

Since then, Neal has been continued studying very DevOps topics like “Docker Containers”.? He bought several courses on Udemy, including Linux System Administration to fill in some voids there.? Neal has worked as a DevOp with BizTalk, using the BizTalk Deployment Framework (BTDF) utility, and working in a variety of companies using different source code versioning systems and various ways of migrating software from the development system to production.? To work with BizTalk, you need to be part developer and part administrator.

Neal is expanding Irving SEO Expert as needed to supply contract and full time programmers and developers to businesses in the Irving area.? Contact him at 214-455-8060 to discuss your needs.

AWS stands for Amazon Web Services.? Years ago, Jeff Bezos had the vision that all software created internally shoudl be web service based, and re-usable.? This eventually turned into the largest online store also become the largest supplier of cloud computing. The AWS Cloud provides a broad set of infrastructure services, such as computing power, storage options, networking and databases, delivered as a utility: on-demand, available in seconds, with pay-as-you-go pricing.

What is “cloud computing?”? Instead of buying or leasing hardware, and keeping it in your own datacenter, cloud computing turns some duties over to another company under the “shared responsibility model.”? ?Then, you can “scale up” and “scale down” by adding servers as needed.? This is particularly great for start-up companies, you don’t want spent multiple tens or hundreds of thousands of dollars on software up front.? Instead, they can “pay as you go” with monthly and usually small cloud computing fees.? If extra servers are needed for a holiday, AWS supports elastic scaling.? You specify that if the servers get over 75% busy for over 10 minutes, then bring up x number of new servers (and then take them down later when servers drop below 50% busy for one hour).

On top of that, Amazon has originated many new services, such as it’s no-SQL database called DynamoDB.? They also support traditional relational databases (RDS’s) like MS-SQL, Oracle, MariaDB, MySQL, Postgres, and so on.? They created their own queueing system (SQS), notification/email (SNS & SES), and workflow tools.? You can use Cloudwatch to monitor, Cloudfront to put it out across the world on edge servers, and CloudFormation to create repeated builds (platform as a service, or plastform as code).

Amazon has datacenters worldwide.? They call each location a “Region”, and then each region has multiple data centers called “Availability Zones” (AZ’s) for short.? There’s even one special non-geographic region for government to use.? Availability zones provide for high availability or failover.? You can put your servers across two or three AZ’s, and set up load balancing appropriately.? If one data center fails because of power, flood, storm or any other natural disaster, your system stays up working, because you’ve planned for that and have it on other data centers as well.? You can also configure load balancing to serve the data geographically, so for example, customer in Europe would be using servers in Europe, and customers in USA would be using servers there.? This reduces latency (time for the data to process and typically appear on the screen).

Another hot technology is called “Serverless“.? The was web sites were run in the past was that the company sized up their needs, set aside a few servers, and installed the software on them, and applied load balancing.? (As mentioned above, AWS can scale up or down as needed.)? Then AWS implemented their version of “serverless” called Lambda.? It supports languages like .NET Core, Java, Python, and NodeJS.? Basically, the code is not assigned to any one specific machine.? Amazon runs a pool of machines to run it’s Lambda services.

Neal created his own software and shopping cart written in ASP back in the early 2000s.? He used to sell foreign language products.? That software still runs some of his online sales sites for Hebrew tutorials, and processes charges for his SEO customers.? He used to pay about $150/month for a dedicated server to run IIS and SQL to support this.? Then, in about 2014, he converted it to AWS on Amazon, and cut that bill down to about $70/month.? It would be a major re-write, but he is thinking about moving it to NodeJS and serverless technology.
Neal also makes extensive use of Amazon S3 buckets to store and archive old courses, videos, and products that he has bought or downloaded from the internet.? ?Currently, he is building some SEO Monitoring tools that will use the newer AWS services such as Lamdba and DynamoDB.